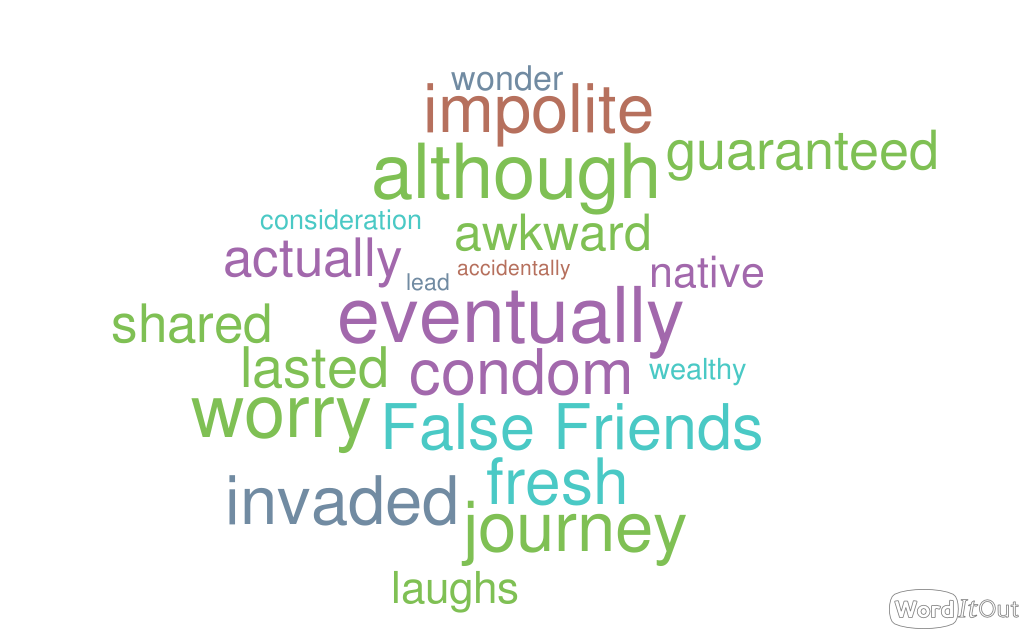 It's Important to Know Your 'False Friends' in English and French

You may be surprised to learn that English gets 30 to 45 percent of its words from French. The reason goes back to the year 1066, when Norman forces invaded what is now Britain. The Normans were from northern France and spoke French. During the Norman occupation, French became the language of England’s rulers and wealthy class. This lasted for more than 300 years. Other people in England continued to speak English during this period.
Over time, the two languages combined and shared words. Some researchers believe that about 10,000 French words eventually entered the English language.
​However, although English took many French words, their meanings have not always stayed the same. Sometimes the differences in meanings can be very important, and lead to funny or strange situations if the words are use the wrong way.
Take, for example, the French word collège. In English, college can often be used in place of the word university, or sometimes as a school within a university. However, in French, collège actually means “middle school.”
Also in English, to go on a journey usually means “a long trip of some kind.” But in French, a journée is simply the word for a full day. So, when you hear French-speakers say, Bonne journée, they are telling you to have a good day – not a good trip!
In English, the verb “demand” is something you say when you have a strong need for something. It is usually an impolite way to ask for something. However, in French, the word demander is a better way “to ask” for something. The speaker is showing more consideration of the other person’s feelings. Native English speakers are often afraid to use “demander” when speaking French as they worry that it may sound impolite. But worry not!
​Demander can also mean “to wonder” in French, if you put the word “me” in front of it. So, for example, the expression “Je me demande quand le film commence” means, “I wonder when the movie begins.”
Sometimes French and English words can have almost the same meaning, but with small differences. In English, if your friends will eventually arrive, that means they are not expected to arrive right now, but at some time in the future. In French, the word “eventuellement” means that they will possibly arrive, but their arrival is not guaranteed.
Some false friends are important to know because you can accidentally say strange things if you use the words the wrong way. For example, in English, the word “preservative” is a chemical added to food to keep it fresh. But in French, a préservatif is a condom.
As you can imagine, mixing up the meanings could lead to awkward exchanges or laughs for language learners.